About George Roman and His Library

George Roman was a full-time psychic, vedic astrologer, and personologist (face reader) with a thriving private practice and career as a speaker, author, and entertainer for 19 years. Through his enthusiasm, incredibly entertaining personality, and powerful talent, George built a name for himself with major media, appearing in newspapers and magazines around the world including USA Today, Time, Mademoiselle, Cosmopolitan, and others.

George was a frequent guest on radio and TV talk shows including spots on CNN, Leeza, Roseanne, Donny and Marie, The Marilu Henner Show, and numerous Los Angeles news programs. With his focus on love and relationships, he became known as The Beverly Hills Love Guru. George was the first official founding member of the American Council of Vedic Astrology (ACVA). He was also profiled in several books including Reason to Believe, Hollywood Lovers, and The 100 Top Psychics in America. As a speaker, George was sought after to inform and entertain large groups.

George was avidly passionate about the new age and self help movements, and attended hundreds of seminars, talks, and group meetings. He collected books and materials every day of his life, eventually compiling one of the more impressive libraries of like-minded material: scores of books, video, tapes, seminar manuals. It is the mission of the George Roman Library to make that material available to a larger audience of seekers and lovers of knowledge.

George truly cared about those he tirelessly counseled, working right up until the day he died. He was diagnosed with lymphoma in March, 2000, and died at home October 15 of that year, less than two months after his 36th birthday.

Over the course of his life, George Roman accumulated a collection of books, audio and video, and seminar materials which reflected both his interests and the gamut of esoteric and human-potential topics — ranging from his specialties, personology and vedic astrology, neuro-linguistic programming, and psychology; to new-age philosophy, self-help and personal-power seminars; to books about love, romance, and relationships; to practical books about speaking, writing, and success; to Eastern and Western religions and cults; to tarot, palmistry, and other esoteric arts. George Roman's library is not only a measure of his personal interests, but also a representation of the history and manifold diversity of the aquarian movement of the latter half of the 20th Century.

Finally, just over a decade since Mr. Roman's death, his library of materials has been classified and cataloged, and his extensive book collection has found a host at the Rogue Valley Metaphysical Library in Ashland, Oregon. His original audio-visual materials have been digitized and prepared for electronic distribution, and his collection of seminar materials with audio and/or visual supplements, and some other seminar materials, have been retained for private sharing per request. The full cataloging of George Roman's library is presented among the pages and links in this site. Please feel free to e-mail us with any questions or information. 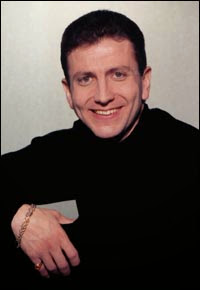 George Roman on the Web

Donate to the GRL

If you would like to help defray the expense of storage and transfer of the George Roman Library, you can do so by PayPal: